What is public-key cryptography ?

.  Ok, This is also knows as asymmetric cryptography which is based on mathematically generated two keys. One key is used to encrypt data and other to decrypt it and only other key can decrypt it.

Obviously there is one computer program to encrypt and  other to decrypt using these keys . 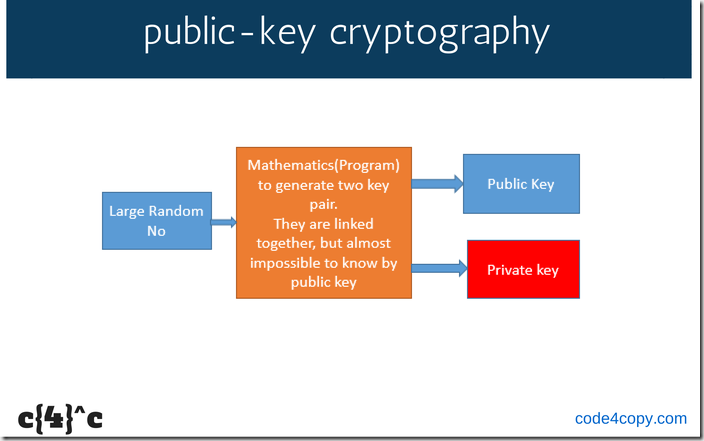 So their is a program which generates two key based on a really large random number. One is know as public key and other is know as private key.

Public key is the key which is distributed publically to encrypt data so that any one who want to encrypt the data he/she can encrypt it but encrypted data can be decrypted only with private key even person who encrypted it can not decrypt it.

So private key is never shared with unauthorised party.